StudioPress founder and one of the architects of the modern WordPress theme ecosystem, Brian Gardner, will join WP Engine as a Principal Developer Advocate. He will wear many different hats but will further enhance the developer experience at WP Engine by charting a course to advance WordPress and lead developer relations, specifically helping people with the transition to Gutenberg (block editor).

The same will be said of another big change on the horizon, Full Site Editing. Gardner’s new role is to make sure that every WordPress developer understands how to develop using this new benchmark WordPress feature.

Being able to join WP Engine full-time allows Gardner to bring years of expertise and community relationships to make the developer experience better.

Gardner has been a mainstay in the community since 2007.

“In 2006, I was at an architectural firm working as a project manager,” he said in an interview with Torque, “I just started blogging and I was using Blogger from Google from way back in the day and It didn’t exactly do what I wanted it to somebody recommended WordPress.”

As with many WordPress bloggers at that time, Gardner wanted to alter the way his site looked. Having always been interested in design, he had a specific idea in mind and started messing around with a theme.

“I was like how do I change this, or what is CSS or how do I move that around—things that ultimately laid the foundation for building themes more on a professional basis,” he said.

Throughout this process, Gardner was documenting everything he learned on his blog. After posting a free theme, people started to reach out asking for even more customization. What began as a hobby started to turn into one-off freelance projects on the weekend.

The turning point came when a real estate agent asked him to take a look at his site.

“The Revolution theme from back in the day was a draft design that I developed for the agent. I decided to have some fun and make something really cool which pushed it beyond what a blog was,” Gardner said. “The irony is the agent rejected it, he just wanted a blog not a whole website theme.”

So, Gardner posted it to his site and it caught the attention of WordPressers. This proved to be the beginnings of StudioPress.

With StudioPress Gardner built the Genesis Framework, the parent theme to all premium StudioPress themes. Over the years, Genesis has garnered a massive following, with over 300,000 developers joining the community. Gardner has helped grow one of the biggest and most passionate communities in the space, and that experience will directly translate into his new role at WP Engine as he takes the DevRel team to new heights.

In 2018, WP Engine acquired StudioPress. The acquisition came on the heels of the release of the Gutenberg editor. Gardner saw an opportunity to bolster the strength of StudioPress while entering this new era of WordPress.

In the announcement of the StudioPress acquisition, WP Engine Founder, Jason Cohen, echoed this sentiment.

“Supporting Gutenberg is an example of a new precedent for supporting WordPress Core through the development of the Genesis Framework and new themes that make the adoption of new technologies like Gutenberg easier,” Cohen said.

Fast forward three years and Gardner has maintained his relationship with WP Engine as well as kept his ear to the ground of what’s happening in WordPress.

“This position combines the three things I love most, which is design, WordPress, and building community. It just felt like a no-brainer, it felt completely right,” Gardner said.

WordPress can only grow if people are committed to giving back to the CMS as a whole. It is crucial to the survival of the community, and no one understands that better than Gardner. His role will ensure that the voice of the community is heard within WP Engine and the developer is always top of mind.

Recently, WP Engine has taken significant strides in both the Local and Genesis communities, making them free for use. Like Genesis, Local has also garnered a staggering community at 90,000 monthly active users and growing.

“The recent community give back efforts made by WP Engine demonstrated their commitment to the WordPress ecosystem and in the process of making Local and Genesis free for all they have made it easier for people to create amazing WordPress website experiences,” Gardner said.

WP Engine SVP of Global Engineering, Ramadass Prabhakar, sees this partnership as a way to give back to WordPress.

“I am impressed with the passion Brian has for the WordPress community and the developer experience. Giving back to the community is a core value of WP Engine, and Brian embodies that. I am thrilled to have Brian join us in this journey,” he said.

With the resources provided by WP Engine, Gardner will be able to push the boundaries of what WordPress can do and continue to grow this passionate community of developers.

How to Contribute to WordPress

Is It the Best Thrive Leads Alternative? 2021 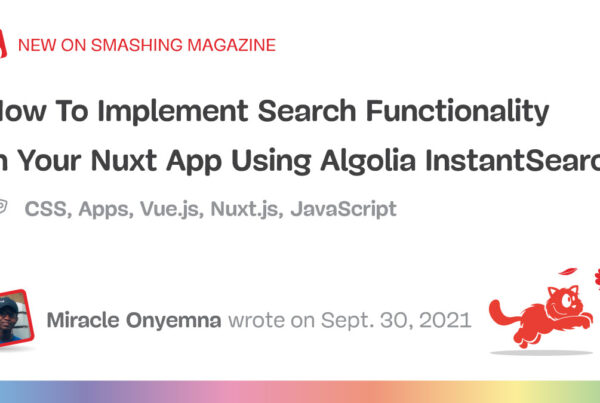