Which Is Better for Web Professionals / Developers? 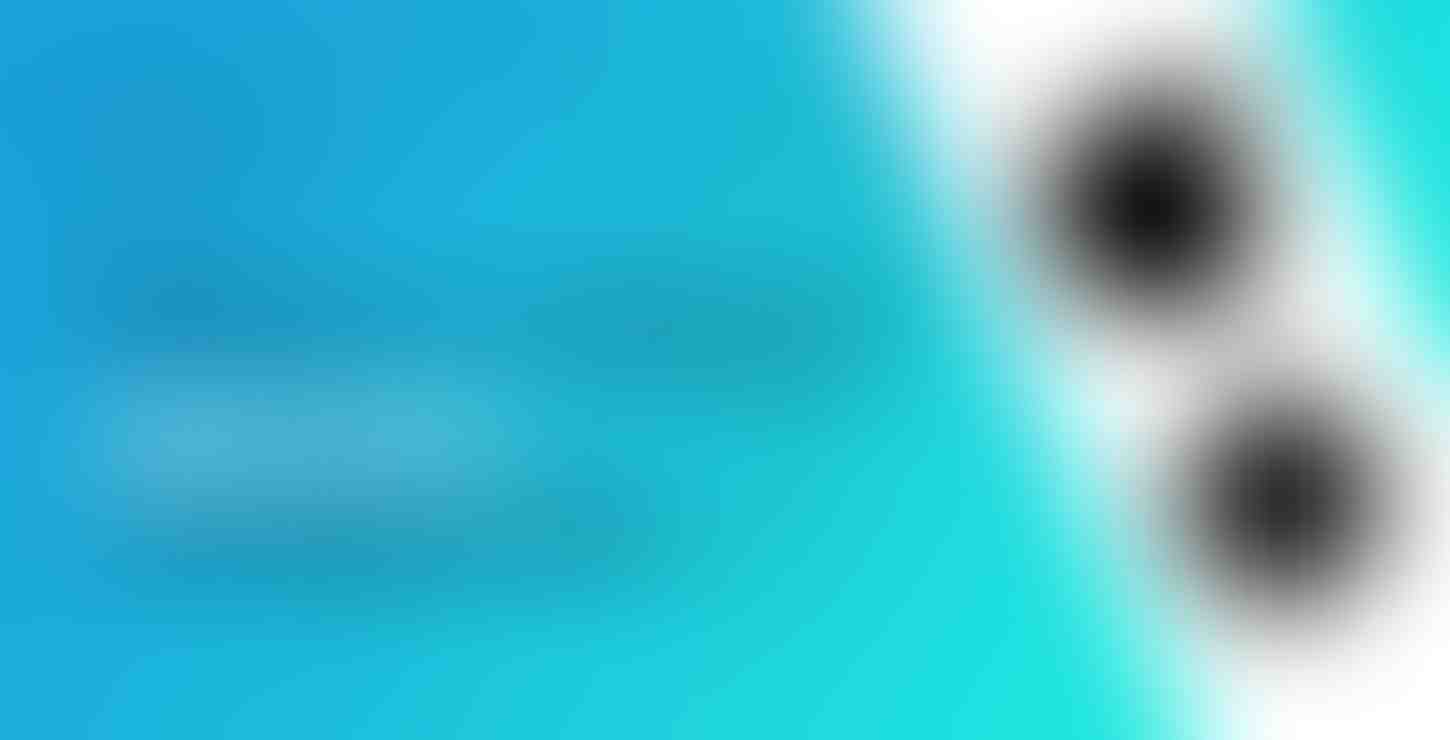 The debate over which smartphone Operating System (OS) is the best has gone on for years without the declaration of a clear winner. If you’re considering switching from iPhone vs Android or vice versa, it can be hard to separate the claims of die-hard fans from the facts about each platform.

Fortunately, both iPhone and Android have a lot to offer, so you can’t really go wrong. Your decision on which OS is right for you should focus on your needs as a web professional. By comparing key features of the platforms, you should be able to narrow down which best fits your situation.

In this article, we’ll look at the key differences between iPhone and Android.

Then we’ll dive deep into six key factors to consider when choosing your smartphone OS as a web professional. Let’s jump in!

What are the key differences between iPhone vs Android?

When we compare iPhone and Android in this article, we’re primarily talking about the Operating System (OS) each runs on, rather than individual devices such as the iPhone X or the Google Pixel 3. This is important to note for a couple of reasons.

Firstly, Apple’s iOS runs only on iPhones. However, Google’s Android OS runs on a wide range of devices, some of which are very inexpensive but lacking in quality. This makes it difficult to compare Android phones to iPhones. Focusing on the OS levels the playing field.

Given this, it’s important to remember that the experience of using the Android OS will be much different on a cheap phone than on a high-quality device more comparable to an iPhone. Problems with Android may stem from the device, rather than the OS.

Both platforms have their pros and cons. When it comes to the crunch, the most significant difference between them is that while iOS is closed-source, Android is open-source. This influences several important aspects of each OS, including their security and the availability of apps.

iPhone vs Android: Which smartphone is better for web professionals? (6 factors to consider)

As a web professional, you understand better than most the importance of certain features when it comes to choosing a smartphone. We’ve compared the iPhone vs Android on six factors that will likely play the biggest roles in helping you decide which to use.

1. Which option is more affordable?

Before we jump into what each OS can do, let’s discuss how much it will cost for you to acquire a device that will run a given OS. To start with, iPhones are rather expensive, with the latest iPhone Xs model going for a whopping $999 (assuming you’re not trading in an old model). Even the much older iPhone 7 will take a bite out of your savings, at $449.

As we discussed earlier, Android is available on a wide variety of devices, for better or for worse. However, even Android phones that are comparable to the iPhone Xs – such as the Google Pixel 3 or the Samsung Galaxy s10 – run quite a bit cheaper. You could pick one of these phones up new for $799 or $749, respectively.

No matter which of these options you choose, you’ll miss out on some features. The Galaxy s10 has the largest battery capacity, but the iPhone Xs Max has the biggest screen size. The Pixel 3 is lacking in storage, but has a superior camera and is well-integrated with Google Assistant.

On the low end, you can easily find Android phones for less than $200. Against the iPhone 7’s price, there’s no contest as to which is a more attractive number. However, remember that the iPhone 7 is going to be of generally better quality when it comes to features such as battery life, photo quality, screen size, and storage.

2. Will iOS or Android maintain your security and privacy better?

When it comes to security, iOS benefits from being a closed-source platform. This is one of the rare cases where open source = worse. The screening process for apps is just much stricter with iPhone, and iPhone users are limited to the approved apps in Apple’s App Store only. This helps prevent iPhone users from accidentally downloading malware. 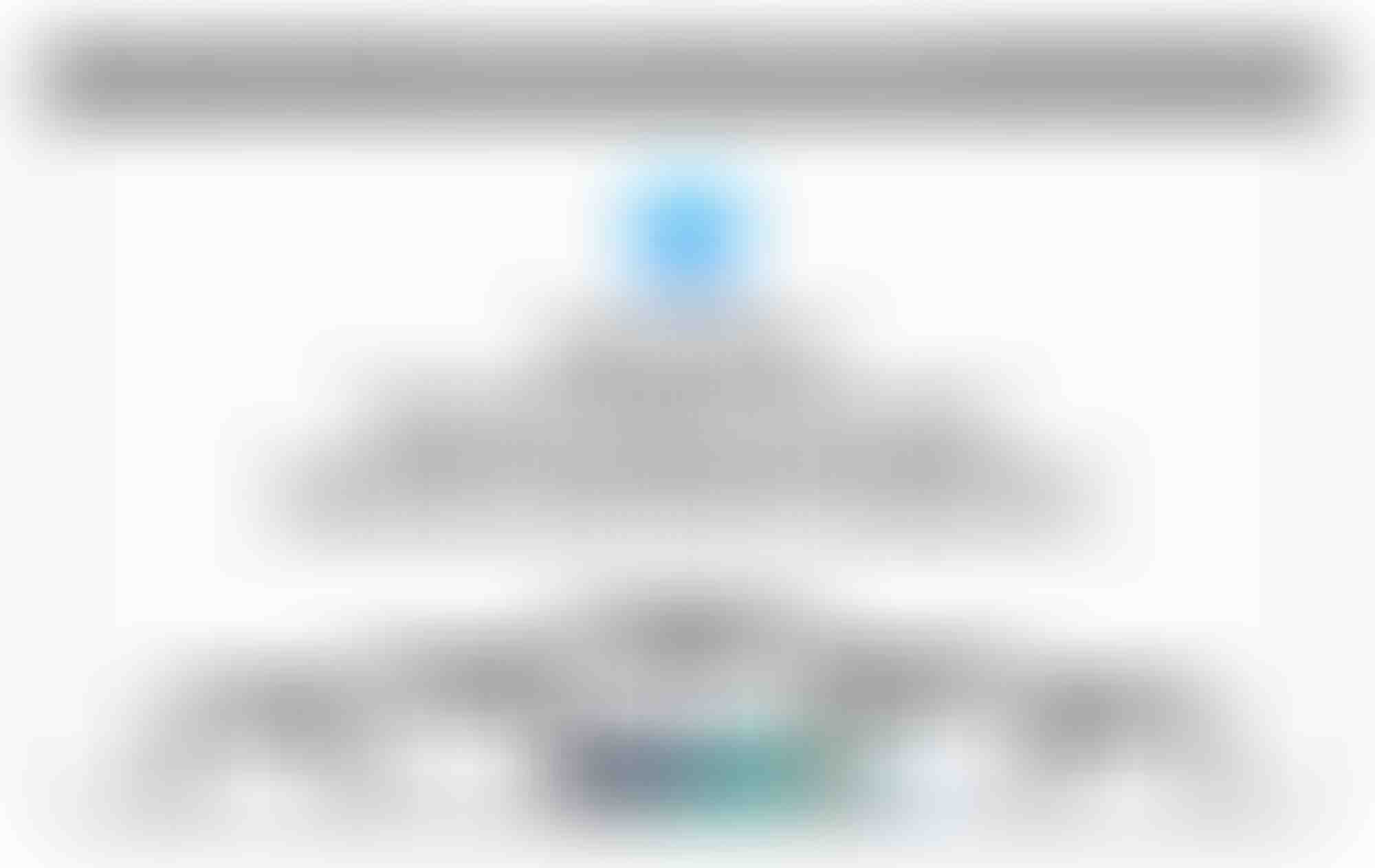 Android users, on the other hand, have access to the Google Play Store and any number of third-party app distributors. These sources are less likely to screen apps for malware and viruses before enabling users to download them. 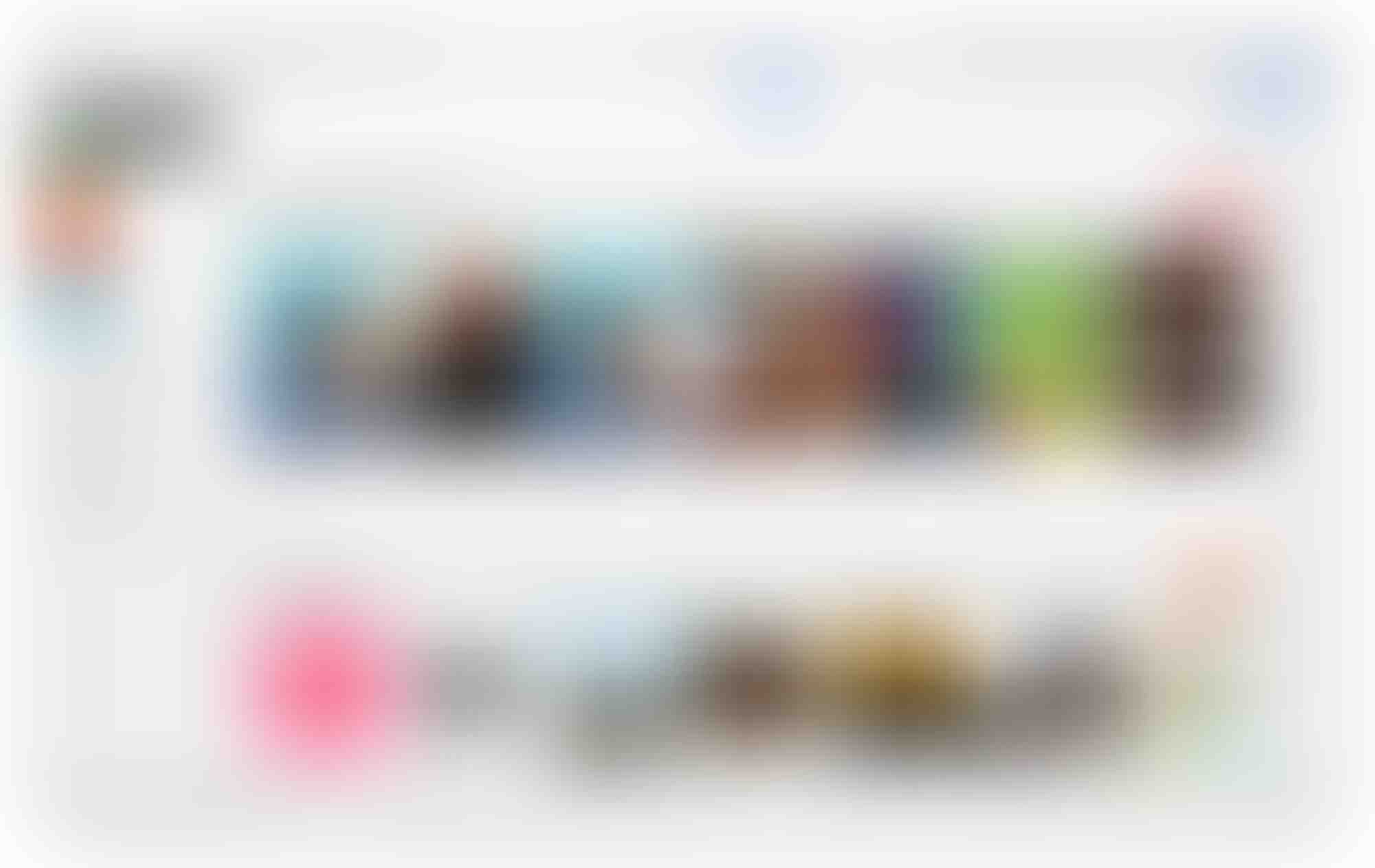 Strides have been made to reduce the amount of malware introduced by Android apps, and they are much safer than they have been in the past. However, reports show that iPhone apps are still more secure.

Apple has also historically been more consistent when it comes to releasing updates and security fixes. By quickly patching weaknesses, iOS does a better job of maintaining a secure platform.

As far as privacy goes, according to Apple, iPhone users’ privacy is of utmost concern. Apple scrambles user data collected for creating updates, and data is never sold without users’ permission.

On the other hand, according to a study conducted in August of 2018, Android phones communicate twice as much user data as iPhones. Androids even share user location data when the phone is not in use, while iPhones do not. 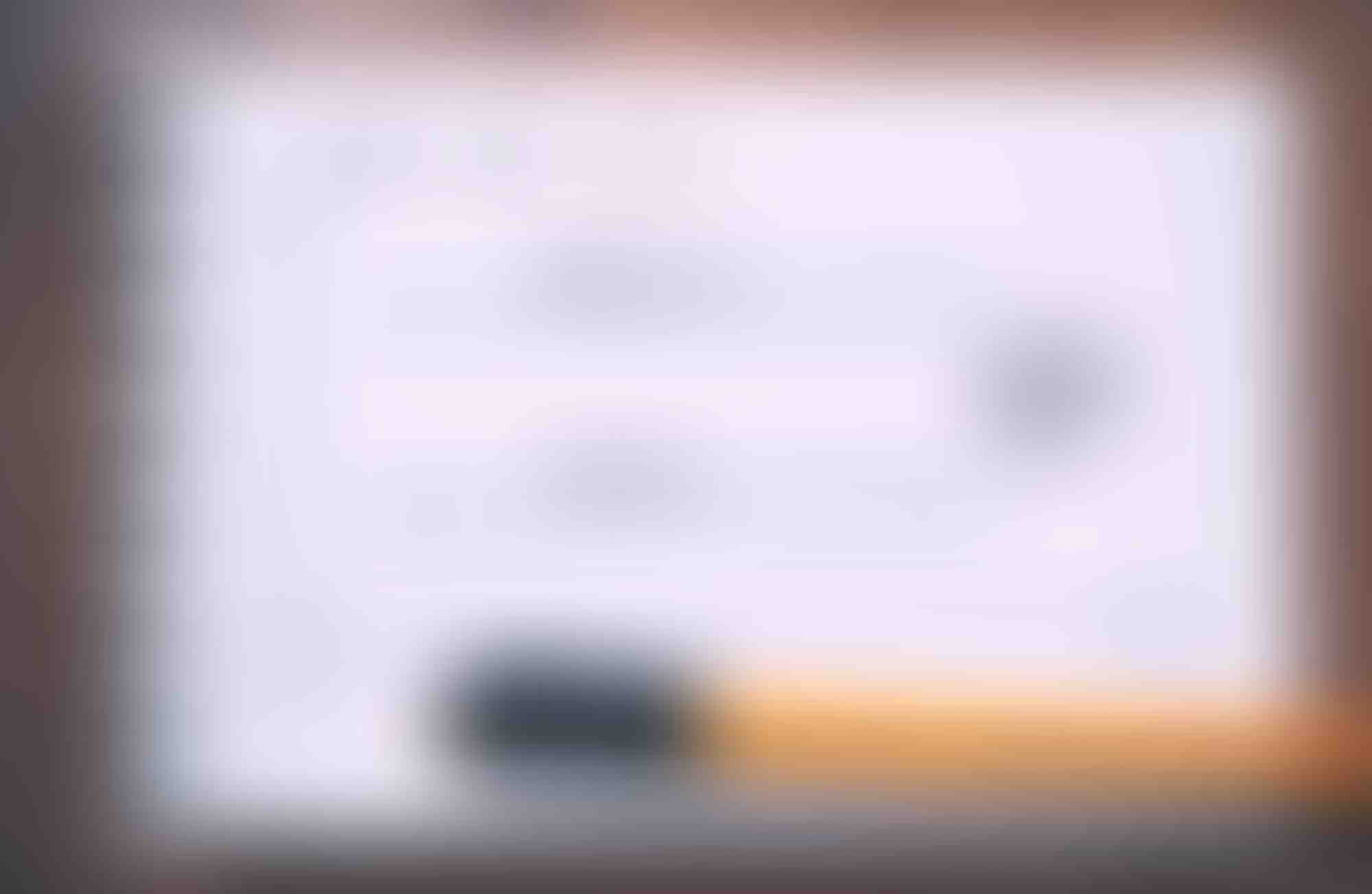 Moreover, on the topic of iPhones, there was a couple of high-profile cases with government agencies trying to access a rogue person’s iPhone to absolute no avail. That may be bad news for national security but great news to anyone who wants to be sure their devices are Fort-Knox-level of secure. This is what you get with iPhone out the gate. Basically, your device is completely inaccessible without your password.

3. Is ease of use or customization more important for user experience?

User experience (UX) encompasses a wide variety of aspects. iOS and Android both provide desirable UX features, but they have different priorities, which may influence which is the best fit for you.

iPhones tend to be easier to use than Android phones. Their interface is more intuitive, and there have been few changes in how the phones work from release to release. Once you pick up how to use an iPhone, you shouldn’t have to relearn much after an upgrade.

Even so, Androids have a much more customizable interface. You can set default apps, add widgets, choose from various lock screens, change your keyboard, and more. Unlike an iPhone, you can really make an Android your own and modify it to better suit your needs.

Many of the other aspects of UX associated with phones – including cameras, screen size, battery life, and storage – will depend on which specific iPhone vs Android device you choose. The quality of these features will depend on how much you’re willing to pay for your smartphone.

4. How reliable are iOS and Android?

Despite what many articles online would have you believe, iOS and Android are fairly comparable when it comes to reliability. No matter which one you choose, you should end up with an OS fully capable of supporting your needs.

Die-hard fans of both platforms have a tendency to focus on the data that makes their preferred OS look appealing. For example, iPhone fans will focus on Android having a slightly higher overall failure rate (with some of them even exploding), while Android lovers like to point out the “bend gate” or other known iPhone failures.

To illustrate this point another way, we can look at the articles: Forget the myth about iPhones being more reliable than Android and Smartphone Reliability: iOS Outpaces Android. They cite the exact same study, but as you can see from the headlines, they chose to highlight different information.

This just goes to show how both iPhone vs Android fans can pick and choose which results from a study to focus on in order to support their preferred OS. When considering the reliability of each, make sure to look at all of the data.

5. Which OS offers greater compatibility with apps and other devices?

As we mentioned earlier in this article, iPhone users are much more limited than Android users when it comes to accessing apps. However, because they’re more thoroughly screened, iPhone apps tend to be more secure and higher quality.

For web professionals, communication and task-management apps can be incredibly useful. Regardless of which OS you choose, you’ll be missing out on a few great apps only available to users of the other system.

On the iPhone, you’ll have access to Airmail, for example, for organizing your email and streamlining your workflow. You can also check out the Agenda note-taking app, Moleskine Timepage‘s smart calendar, and the Spark email client. 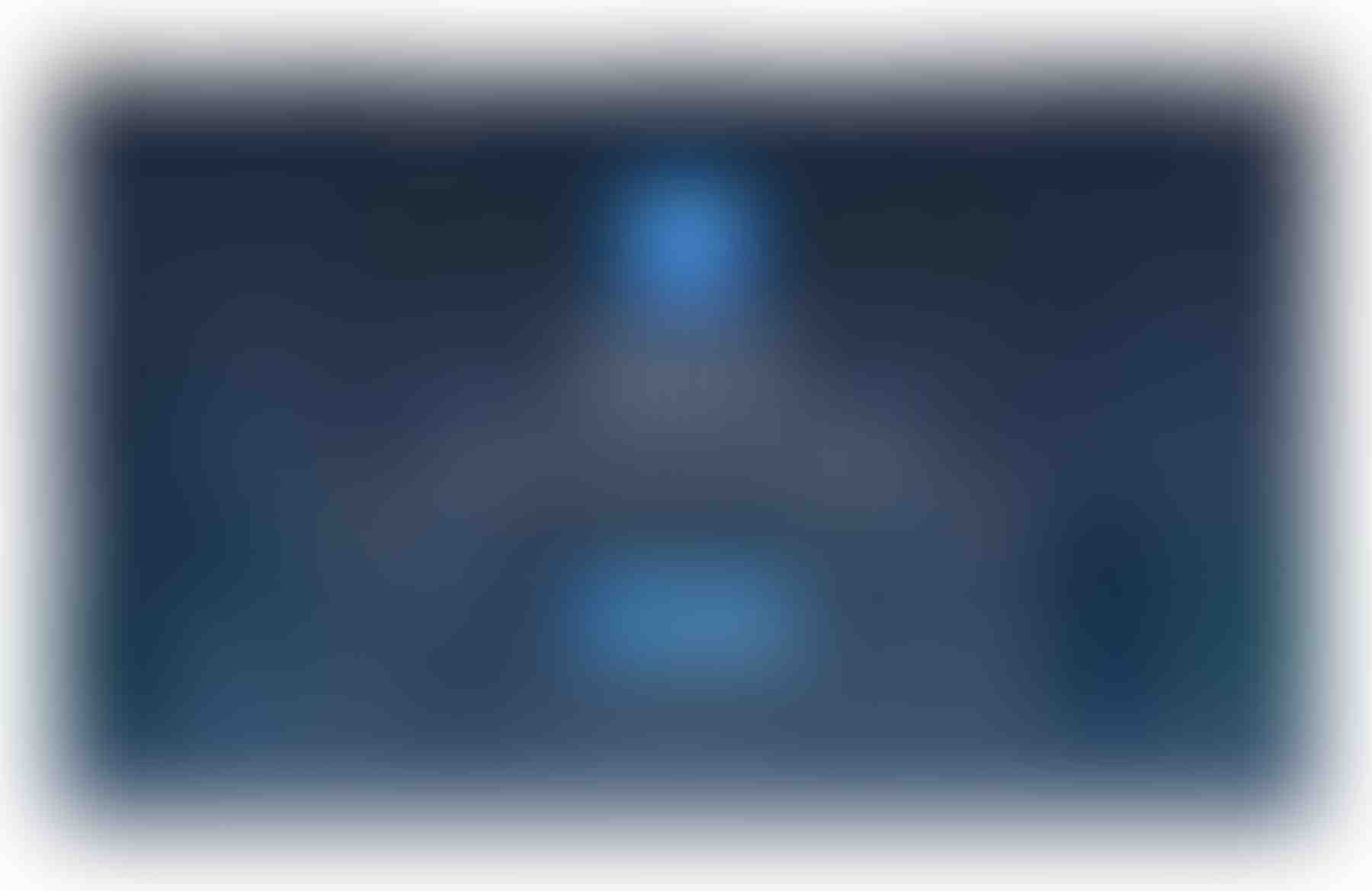 With Android, on the other hand, you can access Tasker and automate some of your workflow. There’s also the Solid Explorer file manager app, and Drupe for simplified communication. Plus, Android has social media widgets you can use to easily access your accounts without opening their apps. 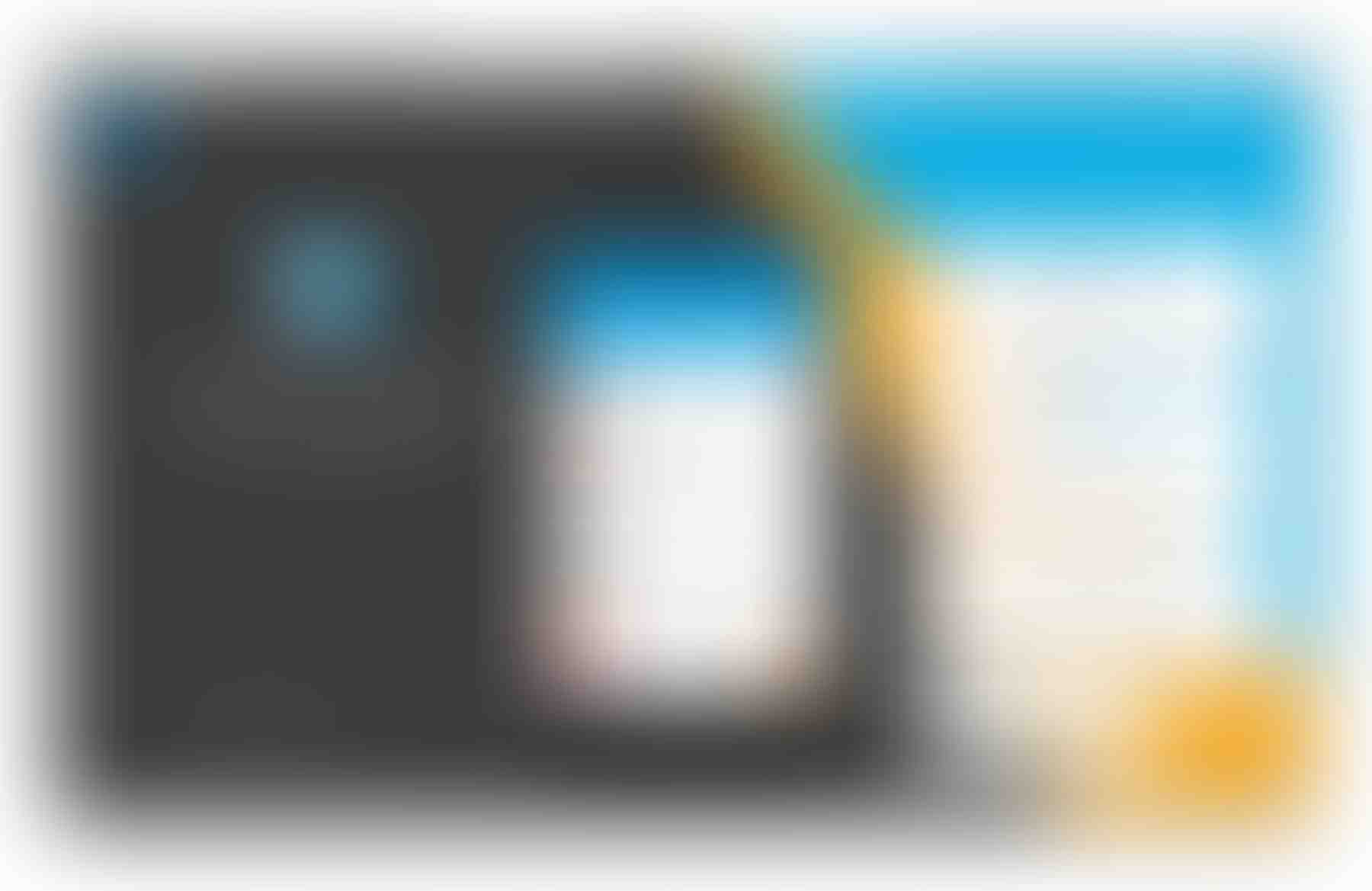 When it comes to compatibility with desktops, laptops, tablets, and other devices, iPhones work seamlessly with other Apple products. Trying to connect with devices from another brand will take some extra work, though.

Android is compatible with a greater number of devices, but again, it doesn’t integrate with Apple products well. The other devices already in your arsenal may play a significant role in determining which smartphone OS you choose.

Popularity is something to consider when choosing a smartphone OS. We’re all for standing out from the crowd. However, as you probably know, developers are more likely to create apps and other new tools that integrate with the more popular OS.

Worldwide, Android handedly beats the iPhone when it comes to popularity. However, location does matter, and in North America (and especially the U.S.) iOS is the preferred platform for smartphone users. Even among our own readers at CodeinWP, our analytics show that iPhones are the mobile device of choice! As such, when choosing your smartphone OS, you may want to consider where most of your clients are located and which OS is most prevalent in each area.

When it comes to choosing the right smartphone as a web professional, the decision ultimately comes down to which OS offers the features you need to be successful. Whether that means choosing the option with the apps you like best or prioritizing security, you can’t go wrong with either platform.

In this article, we’ve compared the iPhone vs Android operating systems on six key factors:

Do you have questions about which smartphone is best for web professionals? Let us know in the comments section below! 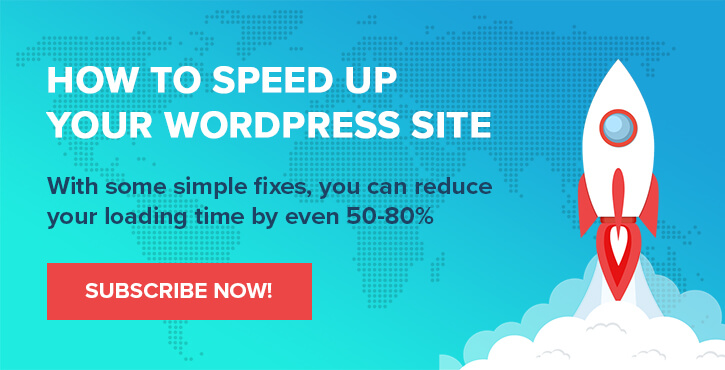