The WordPress Update: WordPress 5.0 And The Gutenberg Block Editor

Howdy WordPress friends, we’re back with our last edition of The WordPress Update for 2018 WordPress news.

In the biggest news this month, the all-new Gutenberg block editor is officially out with the release of WordPress 5.0 in early December. You’ve probably already seen it in action, but we have plenty of news to go along with its release.

Beyond that, it’s been an otherwise quiet month as many people are more focused on the holidays than WordPress.

WordPress 5.0 and Gutenberg released on December 6

After much back-and-forth in the WordPress community, we finally got WordPress 5.0 and the brand new Gutenberg block editor in December. Specifically, December 6th.

Going forward, the new Gutenberg block editor will be the default editing experience for WordPress. The core team is also trying to shake the Gutenberg name, so you’ll probably see people start to call it the “block editor” or “WordPress editor”, rather than Gutenberg.

This isn’t the final stop for the Gutenberg editor, either. The core team has plans to continue to expand what you can use blocks to edit and create, so be on the lookout for more cool stuff soon.

Additionally, if you’re not quite ready to start using the new Gutenberg block editor, you can keep the previous TinyMCE editor by installing the official Classic Editor plugin.

With the new Gutenberg block editor, each block is its own little self-contained entity. As a result, some users noticed performance issues when creating posts with tons of different blocks (think hundreds of blocks, which isn’t actually that many).

WordPress 5.0.2, released two weeks after the WordPress 5.0 release on December 20, aims to fix those performance issues, as well as 31 other bug fixes.

According to the developers, a post with 200 blocks will be about 330% faster with WordPress 5.0.2 versus the initial WordPress 5.0 release.

So – if you’ve been experiencing a laggy block editor, make sure that you get your sites running on WordPress 5.0.2!

You can also find more information at the WP Tavern post about WordPress 5.0.2.

WordPress 5.0 is still slower than WordPress 4.9.8, though

The results? Well, according to Kinsta’s testing, WordPress 5.0.2 is a little slower than WordPress 4.9.8 across all PHP versions.

Hopefully this difference shrinks as WordPress 5.0+ matures and has a chance to fix some of the slowdowns and bottlenecks.

Check out these WordCamp US 2018 recaps

On the weekend of December 7, thousands of WordPress fans descended on Nashville, TN for the annual WordCamp US event.

While you may have missed the event in person, that doesn’t mean you can’t still experience this WordPress celebration. As is usual, tons of attendees wrote detailed recaps that let you live vicariously through them.

Here are some of our favorites…

First, make sure to check out WP Tavern’s recap of Matt Mullenweg’s State of the Word 2018. As you’d expect, Matt’s talk dealt heavily with the new Gutenberg block editor, including some discussion/complaints about the transparency of the Gutenberg development process.

Brian Gardner of StudioPress (maker of the Genesis Framework that was recently acquired by WP Engine), also shared his day-by-day recap here.

Wordfence, makers of the popular security plugin, also shared a recap, as did Robby McCullough of the Beaver Builder page builder plugin.

As part of their efforts to get into the WordPress space, GoDaddy made a big appearance, which you can read about here. GreenGeeks and InMotion Hosting – two other WordPress hosts – also shared some thoughts here and here, respectively.

Finally, if you prefer more of an auditory recap, you can check out Episode 341 of the WPWeekly podcast at WP Tavern for Jeff Chandler and John James Jacoby’s recap of WordCamp US 2018.

As I mentioned above, the core team is by no means done with letting you use blocks in WordPress. Phase two of Gutenberg is moving into site building and overall site customization.

One of the things that the design team worked on at the WordCamp US Contributor Day was using blocks to control WordPress navigation menus (you know – the menus that you control by going to Appearance → Customize or using the WordPress Customizer).

Below, you can see a rough wireframe of how things might work. This is super early, so this might not be anything close to the final result, but it does give you a good idea of the overall vision for the Gutenberg/block editor: 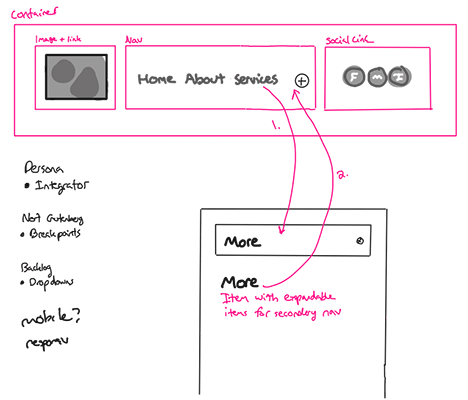 WordPress.org plugin directory gets a dedicated section for block-enabled plugins

One of the most powerful things about the new Gutenberg block editor is that third-party developers can add their own blocks to the interface. Of course, finding which plugins have added block support isn’t necessarily an easy task, which is why the team created a new section for block-enabled plugins at the WordPress.org plugin directory.

It shows up alongside the sections for featured plugins, popular plugins, etc. Or, you can also access it directly right here.

Currently, there are 140+ plugins included in the section, all of which are manually curated at the moment.

Here are Otto’s thoughts on how they select plugins from the WP Tavern post:

It’s not a high bar; if it has a neat block, we’ll add it for now. We may raise the bar depending on how big the section gets, and the section is not final by any means. We’ll change the inclusions according to how it works out. The goal is to promote neat and cool integrations, but there aren’t a lot of those yet. It’s new.

However, they might find some means of automating this in the future, so you’ll want to pay attention to developments here if you’re a WordPress plugin developer who’s planning to add Gutenberg block support.

After this year’s WordCamp US, we now know where WordPress fans will be heading in 2019…

WordCamp US 2019 will be in St. Louis, Missouri. It will also be held a lot earlier than previous events – November 1-3. While you might need to miss Halloween, it will no longer be around Thanksgiving/Christmas.

Additionally, WordCamp Europe opened a call for potential 2020 host cities. If you’d like to be part of bringing WordCamp Europe to your city, check out this WP Tavern post. Also, if you missed it, WordCamp Europe 2019 will be in Berlin from June 20-22. You can start picking up your tickets today for an early bird price of €40.00.

Over the past few months, I’ve had the opportunity to review a new booking plugin called Amelia. It has a great React-based interface that creates a really smooth user experience on both the backend and frontend.

However, during its original launch, Amelia was only available as a paid version. That’s recently changed with the launch of Amelia Lite at WordPress.org.

If you’re looking for a way to accept appointment bookings at your WordPress site, you should definitely check this one out because it has one of the best out-of-the-box interfaces and feature lists that you’ll find and it’s now available for free (to start, at least).

And that wraps up all of the most important WordPress news and articles from December 2018.

Make sure to subscribe to the newsletter by using the box below. And also check back next month for all the exciting news that’s bound to drop in January and the rest of 2019. 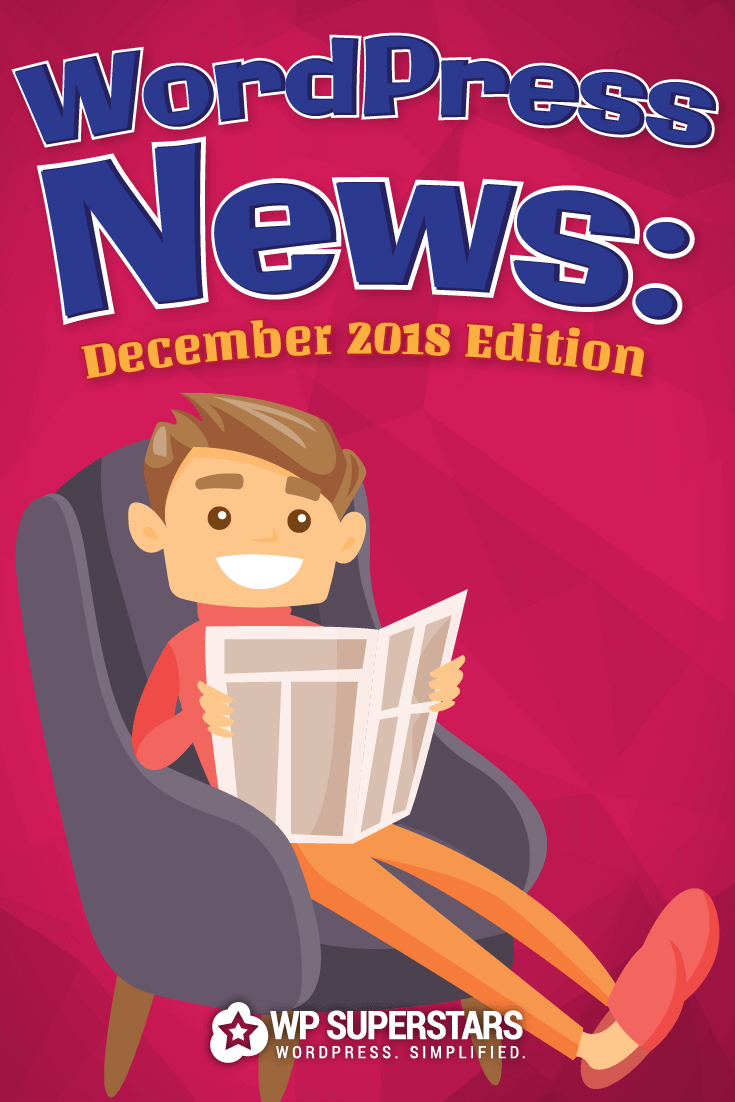 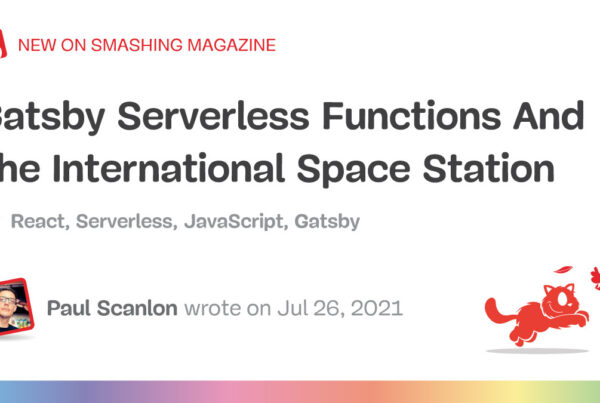 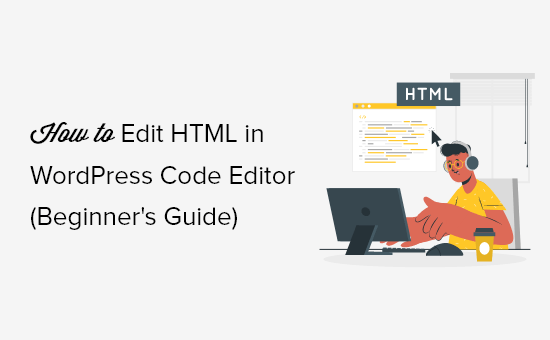 How to Edit HTML in WordPress Code Editor (Beginner’s Guide) 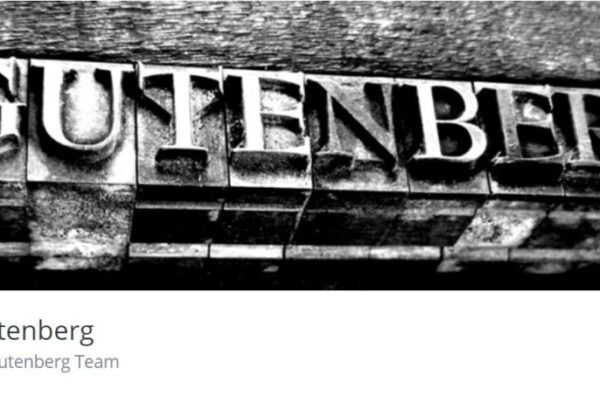 What to Expect From the Update