Searching for the best cheap WordPress hosting? Sometimes you need to host a WordPress site on a budget. But don’t you worry – there are plenty of quality hosting providers that offer hosting in the $5-10 per month range (or even lower).

In this post, we’ve collected our favorite options. We’ve tried to strike a mix between ultra-budget hosts (~$3 per month) and hosts that might be a little pricier (~$15 per month) but offer excellent value for the money.

We use SiteGround to host the WPLift blog (though not the shared plans) and I personally use SiteGround’s shared GrowBig plan to host my portfolio site.

First off, for its price, SiteGround offers:

After that, prices will ~triple, depending on the plan.

So – if you can swing the upfront cost, I would highly recommend locking in the promotional prices for the full three years.

While SiteGround does still offer good value at full price, the full prices are not nearly as cheap as the promo prices.

EasyWP is a managed WordPress hosting offering from Namecheap, the popular domain registrar.

If you’re looking for cheap managed WordPress hosting, I don’t think you’ll find anything cheaper than Namecheap and EasyWP.

Full price plans start at just $3.88 with month-to-month billing. Almost every other host will force you to pay for at least a year upfront to get anything that cheap.

With that being said, the cheapest tier does have some limitations, like no free SSL certificate or free CDN, so you might want to go to the next tier which starts at $7.88 per month with month-to-month billing.

EasyWP uses cloud hosting and containers, which means that you won’t fall victim to the “bad neighbor” effect that can happen with some cheap shared hosts.

Here are all of the other features that you get with EasyWP:

DreamHost is a well-established host that offers some of the best value month-to-month cheap WordPress hosting.

I think that’s the key differentiator here – DreamHost’s entry-level plan costs a transparent $4.95 per month with month-to-month billing. There are no promo prices that will jump up on you – you pay just $4.95 to get started and $4.95 every month after that.

Of course, if you do want to save some money, you can also pay just $2.59 per month with a three-year commitment. You’ll also get a free domain name if you commit to at least a year upfront.

All of DreamHost’s shared plans come with:

There are two things to consider with the cheapest tier plan (the prices of which I listed above):

Overall, I think DreamHost is an excellent option if you want cheap month-to-month hosting. While DreamHost doesn’t call its cheap shared plans “managed” like EasyWP does, you actually still get a fairly similar feature list (though not identical).

However, if you’re willing to commit to three years upfront, I would recommend that you go with SiteGround instead.

If you’re willing to pay more and only need to host a single site, DreamHost also has a budget managed WordPress hosting service called DreamPress that starts at $16.95 per month.

However, because of that premium service, there’s a caveat to Flywheel’s cheap plan:

It really only works for a single, low-traffic site. If you want to host multiple sites, or if your site gets more than 5,000 visitors per month, then Flywheel no longer really fits the distinction of “cheap” (though it’s still a great host).

Let’s get to the details…

However, in exchange for those limits, you get a bunch of helpful features including:

One thing to consider is that Flywheel does not offer email hosting (e.g. yo[email protected]). If you want to set that up, you’ll need to use an external service. Zoho Mail is free, though, so this doesn’t necessarily have to add to your budget.

Cloudways isn’t a host itself. Instead, it’s a tool that helps you use cloud hosting from your favorite provider, like DigitalOcean, Vultr, AWS, Google, and more.

Normally, you’d need to be a developer to directly use these cloud providers. But with Cloudways, anyone can sign up and start using them – no tech knowledge required.

With that being said, it still is a little bit more complicated than some of these other hosts. So if you’re a total newbie, I’d recommend choosing another option.

The price that you pay depends on the underlying hardware that you choose, but your cheapest option is the entry-level DigitalOcean plan for $10 per month, which offers surprisingly good performance.

A2 Hosting is a budget hosting service that offers solid performance and support for its prices.

If you’re looking for cheap WordPress hosting, there are two ways that you can go with A2 Hosting.

First, for the absolute cheapest option, you can use A2 Hosting’s standard shared plans, which start at just $3.92 per month. These plans don’t have any WordPress-specific features, but they do come with nice features like:

Which Is the Best Cheap WordPress Hosting Provider?

Now for the important question – which is the best cheap WordPress hosting provider?

Well, I think that depends on your budget and needs.

If I had to recommend a single overall host, I would say go with SiteGround, especially if you can afford to lock in the promo prices for two or three years. Again, SiteGround is what we use here at WPLift, as well as what I use for my personal sites.

For the price, it’s hard to find a host that beats SiteGround’s combo of features, performance, support, and ease of use.

If you have a low-traffic site and want more of a premium managed WordPress hosting experience, you can check out Flywheel’s Tiny plan.

And if you’re on a super tight budget and need a host with affordable month-to-month plans, maybe you want to go with DreamHost or EasyWP. Or, if you know your way around running websites, you can also consider Cloudways.

Any questions about choosing the best cheap WordPress hosting for your needs? Ask away in the comments! 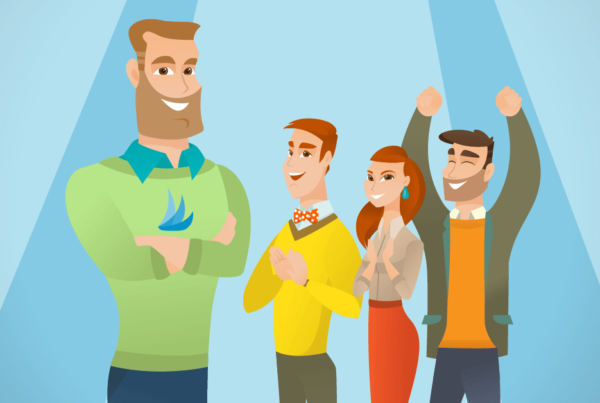